Can The Beauty Industry Be A Positive Force For Mental Health?

In May 2021, the US turned its attention to Mental Health Awareness month ŌĆö and so did beauty brands. A number of well known industry names launched collaborations with mental health organizations, emphasizing their willingness to get involved in a push for better wellbeing.┬Ā

Bliss partnered with LGBTQ+ crisis intervention group The Trevor Project (TTP) to launch PepTok, a campaign on (you mightŌĆÖve guessed it) TikTok to create space for more positive experiences on social media; with the beauty brand pledging up to $100k to TTP. And Maybelline ran a campaign called ŌĆÖ31 Days of BraveŌĆÖ, rolling out a monthŌĆÖs worth of user-generated content on its social channels, mainly in the form of personal stories about depression and anxiety.┬Ā

These are just two examples of many, many collabs between beauty brands and mental health workers over the last couple of years, and around the world. And IŌĆÖve covered it before, but itŌĆÖs worth mentioning again ŌĆö Lush made the announcement in November that it was stepping away from some social media platforms, in a bid to minimize its negative impact on mental health among young people.

What is Beauty Business Journal?

We help beauty industry marketers save time on research and share ideas on how to increase revenue.

A community┬Āto learn, grow and connect with industry peers.

Save 16% if you pay annually

When you join Beauty Business Journal, you get instant access to the following:

We’ve prepared an email script that you can send to your CFO.

Who is the Beauty Business Journal Community For?

The community is for strategic thinkers, tactical executors and brand builders who are building modern brands and seeking to understand changing market dynamics. ItŌĆÖs a space to ask questions, start important discussions, and expand your knowledge.

Inside, youŌĆÖll have access to the resources and community you need to become a better business operator.

Join thousands of members like you gaining the edge with Beauty Business Journal, from companies including:

"Best investment in my sales and marketing budget for training and education. The combination of market insight and commentary alongside the strategic and tactical advice is fantastic. Instant ROI."
Joanna M.A.
Head of Brand & Communications
"If you work within commercial teams in the beauty industry and are looking for a small way to invest in yourself next year, I highly recommend Beauty Business Journal. No, it's not free. Yes, it's worth paying for. Better yetŌĆöexpense it. Cheaper than a conference, A+ content year-round!"­¤ÜĆ
Roisin C.
Head of Digital Marketing
ŌĆ£Perfect for anyone looking to stay in tune with what's happening in the market. IŌĆÖve been to conferences in the $300-500 range that donŌĆÖt deliver as much value as this $10 subscription."
Yosef K.
Global Commercial Director

How Can I Get My Membership Paid For?

We wanted to make it easier to get your Beauty Business Journal membership paid for by your company if you arenŌĆÖt already. When you join, you’ll get a template that you can send to your manager or CFO so you can have your company expense your membership.

Our pitch to you (or your manager) is that if this membership can help you make one better decision each year, itŌĆÖll pay for itself. And if it doesnŌĆÖt, you can cancel anytime.

Can I Buy A Subscription For My Team?

Yes! Please fill out the form┬Āhere.

Can I Give A Subscription As Gift?

Can I Switch To An Annual Plan?

Do You Have A Student Discount?

Beauty Business Journal is purposely kept at a low price ŌĆö thousands of dollars less than other publications or newsletters ŌĆö to ensure it is accessible to everyone, including students.

How Do I Cancel My Subscription?

WeŌĆÖd hate to lose you, but you can choose to deactivate your membership in your member profile. You can enjoy Beauty Business Journal for the duration of your membership, and it will be cancelled when it expires. If you cancel, there are no refunds for your existing subscription. 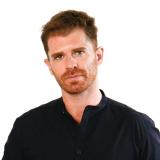 Hi, I'm Richard ­¤æŗ the founder and editor of Beauty Business Journal. I provide thought leadership and practical advice for strategic thinkers, tactical executors and brand builders. I'm taking my experience as a seasoned marketer and sharing it with those who are building modern brands and seeking to understand changing market dynamics.

Markets
Menopause Beauty: A Market With A Mission

Resources
Vegan Cosmetics Is No Longer a Niche Market