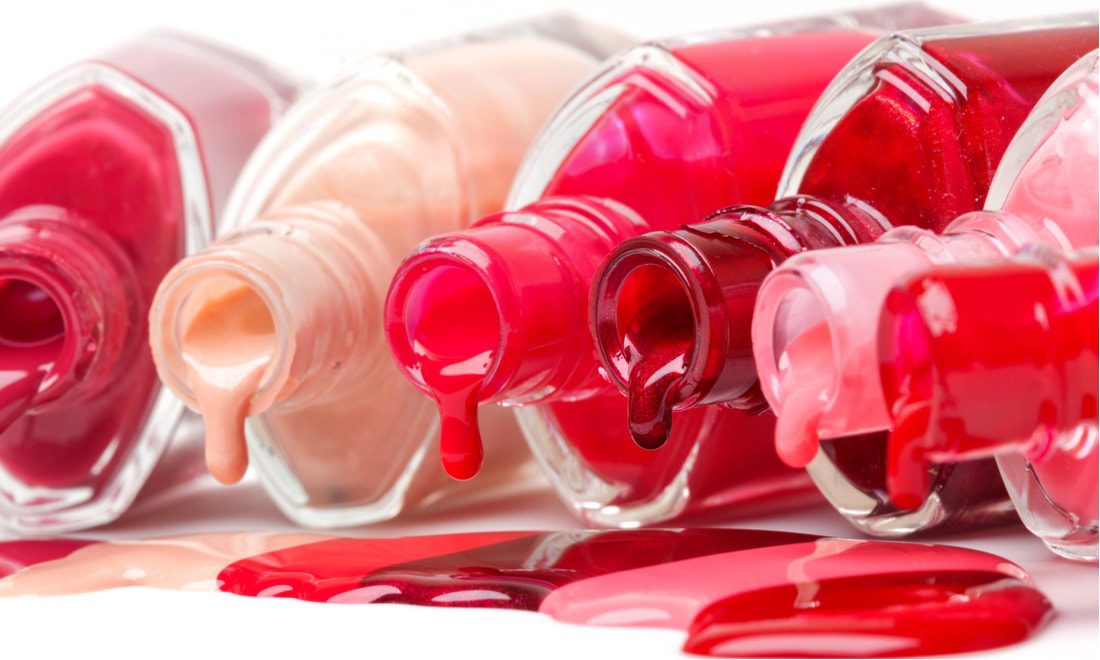 In 2018 health scare in the UK, related to the seizure of fake cosmetics, has highlighted once again the ongoing battle that the cosmetics sector has with counterfeit products. The extent of counterfeit fragrances and makeup has been on the rise. In one UK case a haul of fake cosmetics was found to have high levels of mercury and illegal levels of hydroquinone, a skin-whitening agent. “(Counterfeiters) take advantage of our trust in trademarks and brand names to undermine economies and endanger lives,” says OECD (Organization for Economic Co-operation and Development) Deputy Secretary-General Doug Frantz.

Events like these can damage a brand’s reputation and sales. It’s difficult to put a monetary figure on the cost to brands. In this UK case a woman had received over £48,000 from the sale of fake cosmetics and in another case, also in the UK, a tanning salon owner had sold over £100,000 worth of fake products. A suburban home in New Jersey, US turned out to be the headquarters for a counterfeiting operation that pulled in over $1,000,000 over the course of five years. And these incidents are just the tip of a global iceberg.

Between 2017-18, more than 2.2million fake body care items, including cosmetics and perfumes, were seized in the UK alone, according to the Intellectual Property Office (IPO) Crime and Enforcement data. During the same time period, cosmetics was the third most-investigated counterfeit product behind cigarettes and alcohol. Perfume was fifth behind footwear.

According to the OECD, 63.2% of counterfeit items accounted for originate from China. Apart from the health hazards brought about by fake makeup, much of the money made from sales of fake cosmetics go to organized crime.

Companies strive to ensure their products are the highest quality and conform with any current health regulations while the counterfeiters feel no responsibility to the purchaser. The promise of quality and safety is one of the cornerstones of every beauty brand. So why do some consumers take a chance on products they are unsure about? It seems that price is the key factor. Some consumers are willing to switch off their critical faculties when an apparent bargain comes along; risking their health seems to be a secondary priority to saving money. Others really believe that there isn’t really much difference between the fakes and the real thing. Until consumers are better educated and understand the realty of possible harmful effects from using suspect products there will continue to be a market for fakes.

“We changed the packaging completely, so anyone who buys a current, authentic Ben Nye product knows it’s not the same as the ones being sold for $5”

So, what makes cosmetics so attractive to the counterfeiters? Global sales of colour cosmetics are expected to reach $86.9 billion by 2025, according to a recent report by Grand View Research, Inc., expanding at a CAGR of 6.2% over the forecast period. The market is enormous and beauty sales have proved to be resistant to economic downturns. Counterfeit cosmetics are relatively easy to make, the ingredients are inexpensive and don’t take much know-how to produce. Once presented in quality packaging it can appear very much like the real thing – for the counterfeiters it’s like printing money. And it’s easy to produce in bulk, the margins are high, and the legitimate company does the marketing for you.

But the risks to consumers are real. “The cost of the health risks that come with purchasing fake makeup is never worth the money saved,” said Gay Lao, Brand General Manager of MAC Cosmetics Philippines.

Horror stories of the use of fake cosmetics abound as the manufacturers are under no obligation to adhere to any health guidelines, resulting in unsanitary standards. So instead if the healing fusion of kale and peptides, fake makeup can include carcinogens, rat waste or even human waste. “Unsanitary means any condition or circumstance that can lead to contamination of the products with dirt, decomposed substances, and foreign matter,” she explained.

And then there’s the possibility of toxic chemicals in the mix. The FBI has reported finding aluminium, carcinogens, dangerous levels of bacteria and even horse urine in some confiscated products. MAC and Anastasia Beverly Hills through their own investigations have found even more deadly substances including lead, arsenic and mercury.

The recommendations to consumers wishing to protect themselves from the beauty black-market are fairly common sense – only buy from trusted sources, beware of too-good-to-be-true offers. The Estée Lauder website advises “Unless consumers purchase through an authorized retailer, it is difficult to know if a product is authentic and safe, if it has been tampered with, whether it has been stored correctly, etc. The product may lack the intended benefits and safety of the authentic product”.

What Can Brands do?

So how can brands protect themselves from the fraudsters? Cosmetics and health product creators face a really difficult problem. Because of the nature of the products it can impossible to distinguish between real and fake just by appearance, so generally the only way to identify a fake by sight initially, is by the packaging, which can sometimes look almost like the real thing. Yet some consumers are willing to overlook slight differences in packaging. More usually the biggest distinguishing feature between fakes and the genuine product is the price. But even here the criminals have become smarter, often pitching the price just enough below RRP to be attractive, but not enough to arouse suspicion

Bigger brands obviously have more resources at their disposal to deal with incidents of counterfeiting. MAC is one of the most counterfeited brands in the world, and their parent company, Estée Lauder Global Security division is at the forefront of combatting the illegal sale and distribution of counterfeit products, having seized over 2.6 million items of fake MAC makeup in 2016 by working closely with government agencies. “Our team has an accumulated 500 years of law enforcement experience,” says Lewis Rice, Senior Vice President of Global Security for the Estée Lauder Companies. “We know how to conduct an investigation.”

In 2018, they filed a lawsuit against a number of domain names and online marketplace accounts in an effort to protect its MAC Cosmetics brand, one of the more popular brands among counterfeiters. MAC products are “enormously popular and even iconic”, according to Estée Lauder, with global sales exceeding $1billion per year.

#MACLovesLips for every day, too! This week, get ready to make a statement every day – or any night – with two of the most iconic lip looks of all time: red and nude. Shown here: Retro Matte Lipstick in Ruby Woo. #Regram @s_steller_

But what about smaller brands, who don’t have the same clout or resources as the big names. When Ben Nye makeup became one of those targeted by the counterfeiters the brand took an extreme measure. “We changed the packaging completely, so anyone who buys a current, authentic Ben Nye product knows it’s not the same as the ones being sold for $5” said Patricia Saito-Lewe, Executive Vice President of Ben Nye.

Kylie Jenner took to social media to warn her fans about fake Lip Kits and advise them to only buy direct from her website.

Marketplace sites are stepping up measures to cut off counterfeit seller-it’s bad for their reputation. Online marketplace sites, like eBay, are using detection tools, enforcement and strong relationships with brand owners, retailers and law enforcement agencies to combat the counterfeiters and present customers with a trusted shopping experience.

Many of the counterfeit products originate in China and the producers can be almost impossible to track down but technology could be part of a solution. QR and RFID are widely used in China’s pharma, alcohol and food industries to track products from factory to consumer. In tandem with blockchain a code or digital ID is scanned every time the product changes hands. For the Beauty and Wellness sector perhaps there may be some lessons to be learned from the pharma companies on how to secure the supply chain.

Ongoing vigilance and working with government agencies seems to be the most effective defence against the fraudsters, so far. But as long as some consumers are prepared to buy a ‘branded’ product for a third of the RRP from a market stall or any other unreliable source there will always be a market for the counterfeiters.

It’s a worldwide problem that needs collective solutions. Brands build their name on trust, and fake products strike at the very heart of that trust. Counterfeiting may never be eliminated entirely, but it can be discouraged through law, technology, and culturally sensitive tactics.