Tests keep turning up the toxic element, even in products the manufacturers claim are safe.

The mercury hunters of Manila were on a mission. Having paid an undercover visit to a neighborhood market, they returned to their office in an apartment block on the city’s outskirts to assess the haul of skin-lightening creams.

At a table in the headquarters of the EcoWaste Coalition, chemical safety campaigner Thony Dizon readied his investigative tool: an X-ray fluorescence analyzer, or XRF. He unlocked the ray gun’s hard-shell case, lifted the device, and aimed it into a small white jar containing an avocado-colored cream. The XRF took a few seconds to flash its red light, blast its rays, and then measure the photons emitted back by the contents. Blink, blink, blink … “FAIL,” the device read.

The $5 jar, labeled Goree Beauty Cream with Lycopene, registered 23,000 parts per million of mercury, according to the XRF. A mere 1ppm is considered dangerous. In a second test, a jar labeled Goree Day & Night Whitening Cream measured 19,900ppm. Both products are banned by the Philippines Food and Drug Administration, following similar tests by EcoWaste, but Dizon wasn’t surprised that local merchants were still peddling them. “Business is business,” he said.

Dizon’s group, along with regulators and advocates around the world, are just scratching the surface of a global mercury crisis. The element is a frequent ingredient in a fast-growing market for lightening creams and soaps. The market is thought to be worth about $20 billion annually, a figure covering legitimate and safe (or safer) products, counterfeits of those products, and the cheap soaps and creams that are most likely to contain mercury. It can be difficult to tell which category a given jar or bottle falls into. M. Arslan Tariq, general manager for technology and business development at Goree Cosmetics Pvt. in Lahore, Pakistan, said authentic Goree products don’t contain mercury and that the products tested by EcoWaste in Manila are “100% fake.” He said counterfeiting of Goree products is rampant and the company has lodged a complaint with Pakistan’s Federal Investigation Agency.Mercury’s poisonous properties are legendary: In Alice’s Adventures in Wonderland, the Mad Hatter is mad—as in insane—because a common milliner’s mercury compound presumably ravaged his nervous system. Yet hundreds of millions of women, and a growing number of men, are literally bathing in the stuff.

The use of lightening creams and soaps is pervasive across large parts of the globe. Asia commands the biggest market share; the World Health Organization found that 40% of women polled in China, India, and other Asian countries said they regularly used lightening products. Africa is also a big market. In theory, help should be on the way: An international accord to control mercury poisoning and pollution, signed by 128 countries, goes into effect next year. After 2020, the “manufacture, import or export” of cosmetics with more than the tiniest trace of mercury will be barred under one of the many terms of the Minamata Convention on Mercury. How that’s enforced is another matter. There are countries in which the addition of mercury to lotions and soaps isn’t illegal.

Manufacturers use mercury compounds because it can inhibit the formation of melanin. Sometimes the skin initially appears to lighten without an immediate reaction. In the longer term, however, mercury often produces unhealthy skin of uneven color. Nerve and kidney damage are next.

The damage doesn’t end with the customer. Much of the mercury from creams and soaps ends up in wastewater, where it becomes methylated and enters the food chain. A horrible case in point happened in the 1950s in the Japanese town of Minamata (from which the convention gets its name). A chemical plant had dumped mercury in Minamata Bay, where it was ingested by fish, which were then eaten by the local people. About 900 people died, and more than 2,000 came down with a form of mercury poisoning now called Minamata disease, whose symptoms range from muscle weakness to insanity, paralysis, and death. Birth defects followed.

The disaster was a watershed moment, to a point. The dumping stopped, in Minamata and elsewhere, and the world became aware of mercury poisoning in seafood. Yet industrial and consumer uses—from thermometers to lightbulbs and batteries—continue. In gold mining, for example, it’s used to separate gold from ore in a process that, if not handled correctly, leads to mercury pollution.

The line between skin lighteners that contain mercury and those that don’t is generally an economic one. Global cosmetics companies don’t use mercury; their lightening products typically contain derivatives of Vitamin C and hydroquinone that can temporarily impede melanin production and aren’t considered dangerous in small amounts. But the ad campaigns for these products do a lot to fuel demand. Lower-income consumers who can’t afford a jar of L’Oréal Paris White Perfect ($11.50 in the Philippines) are drawn to cheaper products that do them harm.

In Pakistan last year the government conducted tests that found just 3 of 59 products had mercury levels below 1ppm. (It didn’t disclose brand names.) A 2017 study in Trinidad and Tobago found significant mercury levels in all 15 products tested.

The modern mercury whitening problem is deeply tied to historic cultural issues, from class to colonialism, that vary by country and continent. Skin lightening is particularly valued in societies with historical class distinctions between those who toiled in the fields and the elite who could afford to stay out of the sun. Colonialism made it worse. In the Philippines, for example, 300 years of Spanish and then American rule reinforced a notion of beauty as white and tall and “the Philippine body as inferior, because it’s short and dark,” says Andoy Evangelista, a sociologist at the University of the Philippines. “There’s still a lot of affirmation of whiteness as beautiful in the Philippines.

The mercury scars on Grace Reguyal’s skin aren’t apparent at a glance. But when she tilts her head up and runs her hand from her ear, down her neck, and then to her collarbone, the pockmarks come into view. On a day in July, the 27-year-old former call center worker sat on a sofa in her house in the small Philippine city of Malolos as her 3-year-old played nearby. “When you are whiter in the Philippines, you are much prettier,” Reguyal said. “That’s the stereotype of the people in the Philippines.”

She posts selfies frequently on Facebook—the same website where she found the products that changed her life. Last year she bought products labeled as Goree Beauty Cream with Lycopene and Goree whitening soap, and used them daily for three weeks. She developed a rash on her face and neck, and it spread to her child through skin contact. Some of her Facebook posts now warn others to be aware and encourage people to be happy with the skin color they have.

Many of the products identified by EcoWaste as having the highest concentrations of mercury are freely advertised on EBay, Amazon, and Facebook. Those companies have rules requiring sellers to comply with local laws, but it’s a game of whack-a-mole. For example, Feique, a cream from China, is available on EBay. The description says the cream “contains minerals.” EcoWaste’s ray gun detected 19,200ppm and 14,300ppm of mercury in Feique day and night creams, respectively. A letter sent to the manufacturer at the Guangzhou address on the packaging was returned as having an incorrect address, and no additional contact information could be found. In response to an inquiry from Bloomberg, EBay said it would remove the Feique products and add them to a screener list.

Goree creams are available on Amazon via independent resellers, too. Tariq, the Goree executive, said he couldn’t vouch for Goree-labeled products not bought directly from the company. The best Chinese counterfeits are so convincing, he said, that “even we cannot tell sometimes.” The company sent the results of a test by the government-run Pakistan Council of Scientific and Industrial Research. Goree Beauty Cream with Lycopene passed.

The X-ray vigilantes know their missions have limits. Because of them, shops in Manila sometimes keep the blacklisted brands behind counters, which discourages all but the most committed consumers from buying them. But the black market finds ways. Many of the banned creams that reach the Philippines are sent home from overseas workers in places like the Middle East, inside personal boxes of goods for their families. They then end up with online resellers.

Written by Sheridan Prasso and Vernon Silver, With Claire Jiao and Matt Day for Bloomberg 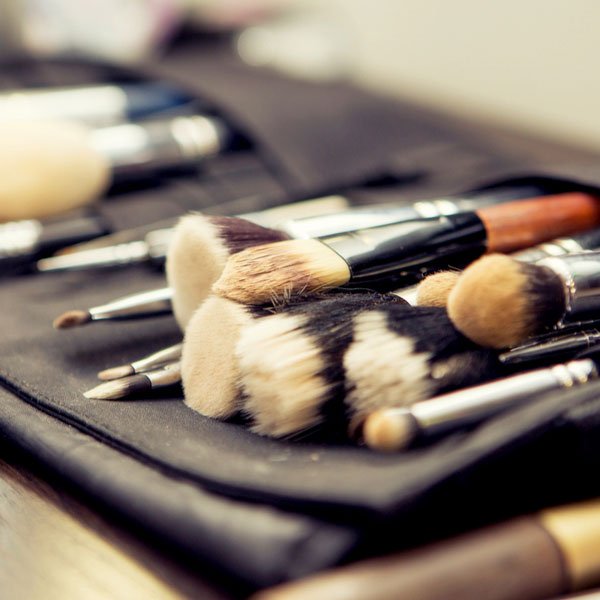