Feel the Burn; Is Sunscreen Safe to Use? 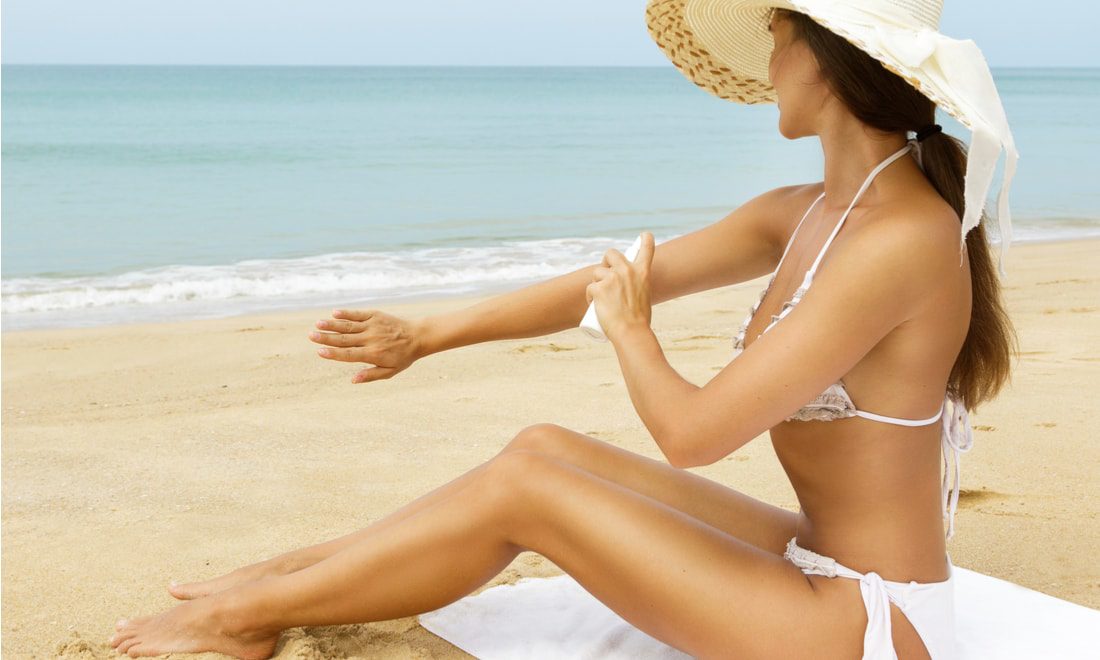 We love to have a tan, don’t we? I don’t mean the spray-on out-of-a-bottle kind but the real thing. It announces to the world that we spend our days in the sun, by the pool, chilling, sipping cocktails while Instagramming to the world our beautiful lifestyle. It proclaims our health and wealth; we can afford multiple holidays abroad. The tan has come a long way.

It hasn’t always been so. In Georgian England a tan was to be avoided at all costs. It declared that you were someone who had to engage in degrading and appalling enterprises…like working for a living and, even worse, outdoors. Ladies went to great lengths to avoid the effects of the sun; wearing clothes that covered every inch of skin and carrying parasols to shield their faces from the sun’s ravaging rays.  The whiter the skin the more appealing it was. And so makeup was used to whiten skin even further. White lead was in common usage as a face powder, before its devastating health effects were known.

Today, we try to avoid the effects of the sun for other reasons. While we may love the sun, exposure comes with risk. On one hand we have experts advising us that we need sun exposure to produce vitamin D but also warning us of the associated dangers of UV and UVB exposure. The stats are quite startling.

Expert advice says to apply plenty of high factor sunscreen. But there have been concerns raised that throw doubts on the safety of some sunscreen ingredients.  Over the past few years a number of articles claiming that sunscreen contains toxic ingredients has prompted the FDA and European agencies responsible for human health and safety to investigate the allegations.

Let’s take a look at the current situation.

What are sunscreens or sunblockers?

There are two types of sunscreen (the term sunblock was banned by the FDA in 2011 as they claimed the term overstated the effectiveness of the product). The physical, or mineral based, kind contains zinc oxide and titanium oxide and which deflects and scatters the sun’s rays. It form a physical barrier. While chemical based sunscreen containing the chemical  oxybenzone and other closely related substances, absorbs the sun’s rays and converts it to heat. 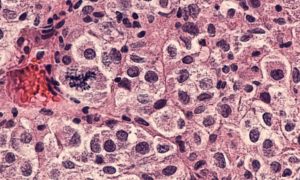 Biopsy showing pigmented cells and mitosis of metastatic melanoma, a type of skin cancer associated with sun exposure. It has a propensity to metastasize. Sunscreen and early detection is critical.

Some experts have raised concerns regarding the use of titanium dioxide and zinc oxide in their nanoparticle form; the minute particles that deflect and scatter the sun’s rays. Tests on animals indicate that these nanoparticles may be small enough to bypass the skin’s defence system and enter into the bloodstream. The good news: the American Academy of Dermatology Association, which represents the majority of dermatologists in the U.S. states that there is currently no risk from nanoparticles in sunblock and the technology has been full researched and tested. It points out the data was obtained by injecting the substances into the subject and if sunscreen is applied to unbroken skin then there is no risk. There seems to be no problem with these ingredients in their non-nano form.

Chemical-based sunscreen requires to be applied about half an hour before exposure to UV rays so that it can be properly absorbed into the skin. Chemical sunscreens are often oil based and may clog the pores they are penetrating. Further animal studies have indicated that they may have a detrimental effect on a person’s hormone system. However this data was also obtained from testing that involved injecting the substances into the subject rather than applying it to the skin’s surface. That being said there may still be some concern where spray-on sunscreens are used since the spray-ons can be inhaled. The FDA is currently running tests on spray-on sunscreens for potential dangers.

Protecting oneself from sunburn is critical to preventing skin cancers in later life and proper sunscreen application seems to be the most effective method. Even so, a recent study has shown that you would need to use about 1oz. to protect your body for just a couple of hours. And that’s without going swimming or accounting for sweating, in which case you would need to apply it more frequently.

So the current best advice for avoiding skin damage is to apply sunscreen frequently and generously, cover up and avoid too much exposure to the sun. It seems those ladies of Georgian England may have had the right idea after all.