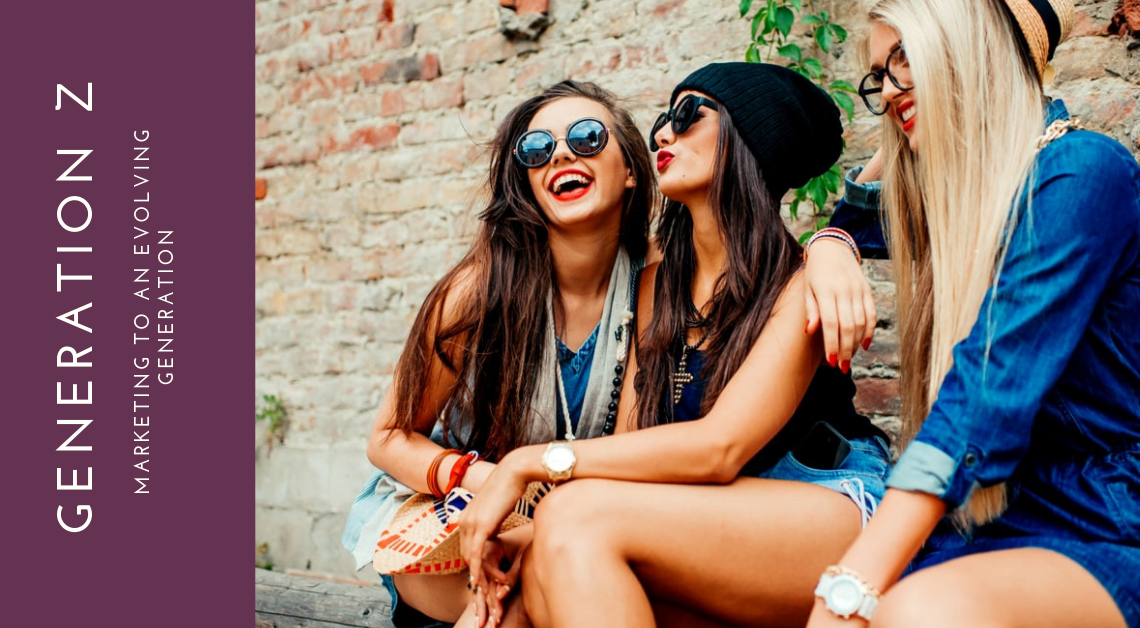 The stars were out in force at the recent Golden Globe Awards and again we witnessed the familiar flurry of excitement about the nominees and their chances of success in their category. For days afterwards it was followed by articles in the press.  But for many – mostly women – the real story is about the fashion and the choice of dresses. Awards ceremonies can be something like a fashion show at times. But does an interviewer or journalist ever ask about a celebrity’s make-up choice? No – because make-up is worn for the effect it gives, not to be seen for what it is.

When consumers buy a beauty product they are not buying a ‘thing’ in the same way as buying a fashion item. Beauty has always been about the experience. “They consume it in reference to how they have seen or been inspired by a product within everyday life” says Jane Walsh, MD of SEEN Group UK, speaking of consumers. So the industry has always been quick to seize opportunities to promote and demonstrate beauty products in new ways.

The last few years has seen talent-led marketing dominate the sector, becoming almost a stand-alone industry, having a dramatic effect on brands, and forcing the global industry to become more creative, transparent and accessible.

Institutional brand authority is being eroded as trust is waning, influence is shifting and consumers seek authenticity. Consumers have become increasingly aware of when they are being manipulated and while using celebrities for product launches may be acceptable, their involvement must go deeper than just endorsement.

AAHH!! @dominiquecosmetics #LattePalette is inside @ultabeauty stores???????????? The excitement is REAL!!! Omg and how ironic the very first Ulta I went to visit on my first visit to LA ❤️ Thank you for all of your ongoing support for my brand???????? ????Dreams really do come true, you can do anything you want and be everything you want! It starts with believing in yourself ???? #christendominique #dominiquecosmetics

According to a 2018 report by Celebrity Intelligence in association with Fashion and Beauty Monitor, digital influencers are now seen as more trustworthy and authentic.

A major finding of the survey showed 33% of brands thought it was more important to use celebrities and influencers to “build brand awareness” rather than to drive sales. 84% of respondents said they had worked with digital talent over the past year compared with 33% who worked with film actors. Maturity in the market has led to a growing understanding of the role of influencers and a realisation that they are not a guarantee of sales in the short term. Instead, brands have to work find the ideal mix, or the “sweet spot”, across print media, influencer, digital, and their own direct-to-consumer activities.

Just a few years ago, the wisdom of the day was for brands to engage an influencer on a once-off basis or for a short-term contract, hoping for a boost in sales. However, as the market has matured and the industry has developed a greater understanding of how influencer marketing works, brands are experimenting with lengths of contracts and a range of contract types. 43% of respondents of the study indicated they were taking a mixed approach to contract lengths. It may be that these decisions are strongly budget related and geared to using high-end influencer on a campaign basis while looking to lower-tier, more affordable micro-influencers for longer-term relationships.

Identifying With The New Consumers

One of the most revealing findings of the study was that 52% of businesses said that the rising generation of digital customers with new expectations were the biggest drivers for change over the past two years. Post millennials, or Gen Z, are the first wave of truly digital consumers and they are shaping the future of the beauty sector.

“They are feminist, vegan and, having grown up with the internet, have always had infinite choice. They have always had a voice- and they believe their voice matters,” says Sara McCorquodale, the founder of CORQ, an independent influencer review, data tool and social media map.

Indie brands have been focusing their attention on this group because they understand the power these consumers collectively hold; they are activists. When they find something that resonates with them, they will spread the word, or actively reject products or brands they perceive as not aligned with their ideals e.g. vegan or cruelty-free.

These influencers have built a loyal audience and have no particular interest in diluting it by introducing another brand into the mix. The challenge for brands is to form long-term partnerships that allow the influencer to tell their story while the brand gets the benefit of the halo effect by association.

A positive effect of this new generation of consumers has been a push towards greater transparency and authenticity throughout the industry. 65% of the group rely on social media to discover new beauty products and this is forcing brands to choose very carefully who they link up with so that any collaboration is perceived as genuine and not just for commercial gain. As an example Sara Brown, CEO of Pai Skincare, points to the relationship the company formed with Natalie Portman and Emma Watson when they were introduced to the range through their makeup artists. “There is a natural affinity, which is why these link-ups have stood the test of time,” says Brown.

Moreover, these are real people with real opinions about the products they use and they have attracted followers who have the same feelings and concerns. Furthermore, the ability of these influencers to target consumers with greater precision through the data and insight they have gained is another reason why they have are having such an impact on the industry.

No bunnies have been harmed in the making of our products: we are strictly against animal testing and are Cruelty-Free (BUAV Leaping Bunny) accredited.

Influencers Are A New Source For Creativity

One of the key ways that influencers have made an impact on the beauty industry is through creativity. 55% of respondents said that they contributed significantly with new ideas for gaining attention and building audiences while a further 55% said that influencers were better at presenting products in a real-life setting. Unlike paid advertising or celebrity endorsement, influencers are not time-restricted when presenting a product; YouTube time is free. An influencer/contributor can talk for twenty minutes on a single product; demonstrating, discussing pros and cons, likes and dislikes and answering questions from followers – with impartiality; unlike the nearest TV equivalent and at zero cost. The presenter has full control over the content and can be as creative as they wish. Equally, an Instagram post is there for the foreseeable future and costs nothing – compare that with a magazine ad.

Having a relevant audience is critical for a brand – something that 93% of respondents said in the report. This is where influencers really score; because their followers are there by choice; they want to hear what the influencers is saying.

So it has become more crucial than ever that beauty brands get the right mix of traditional and new forms when engaging with their customers. Traditional thinking has to give way to creativity among emerging, disruptive brands and existing players as they develop new strategies to engage with the rising wave of new demanding consumers. 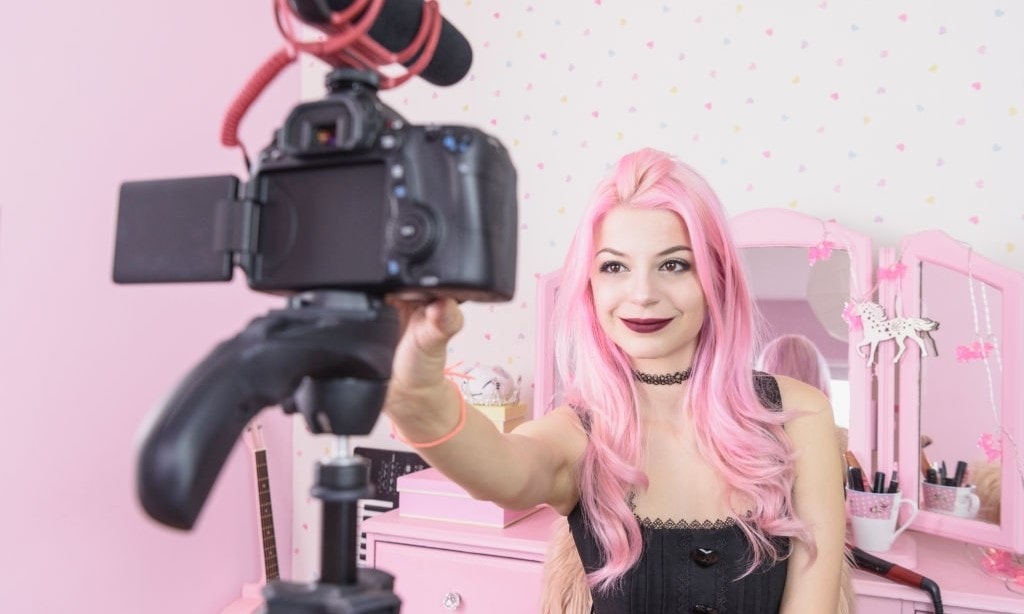 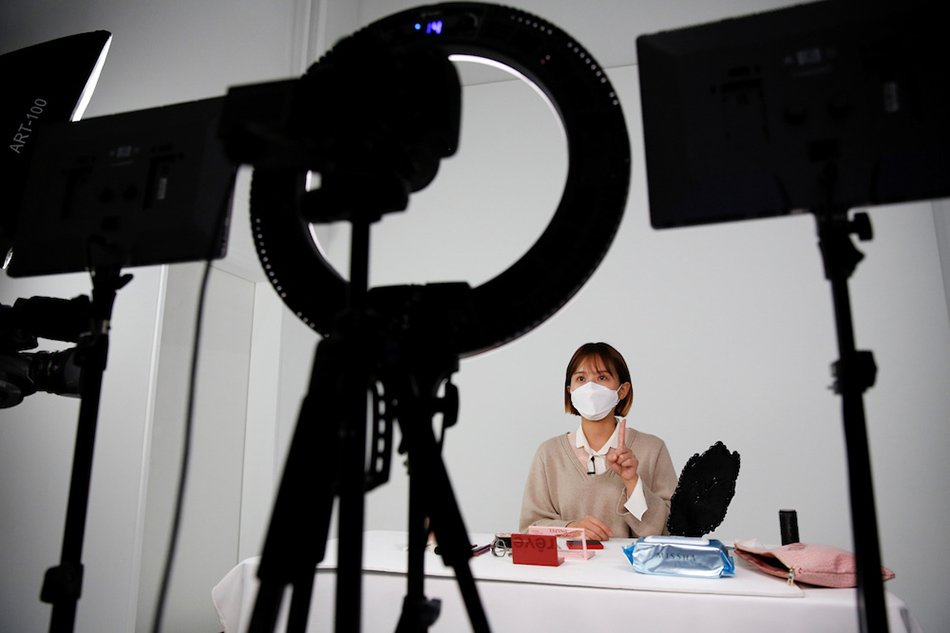 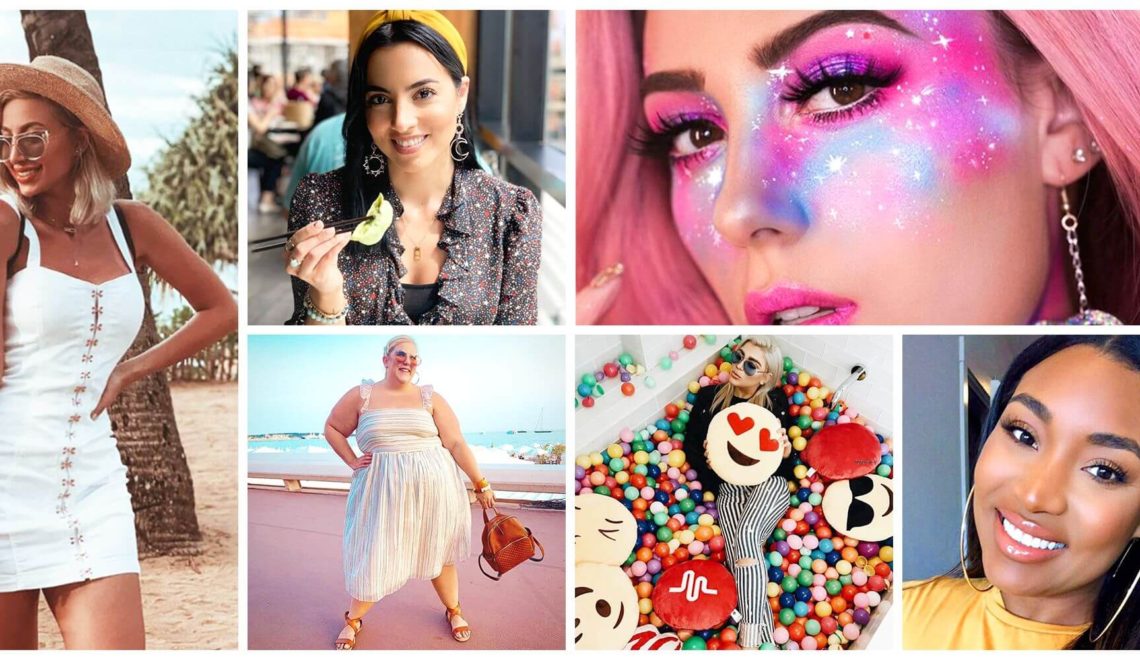